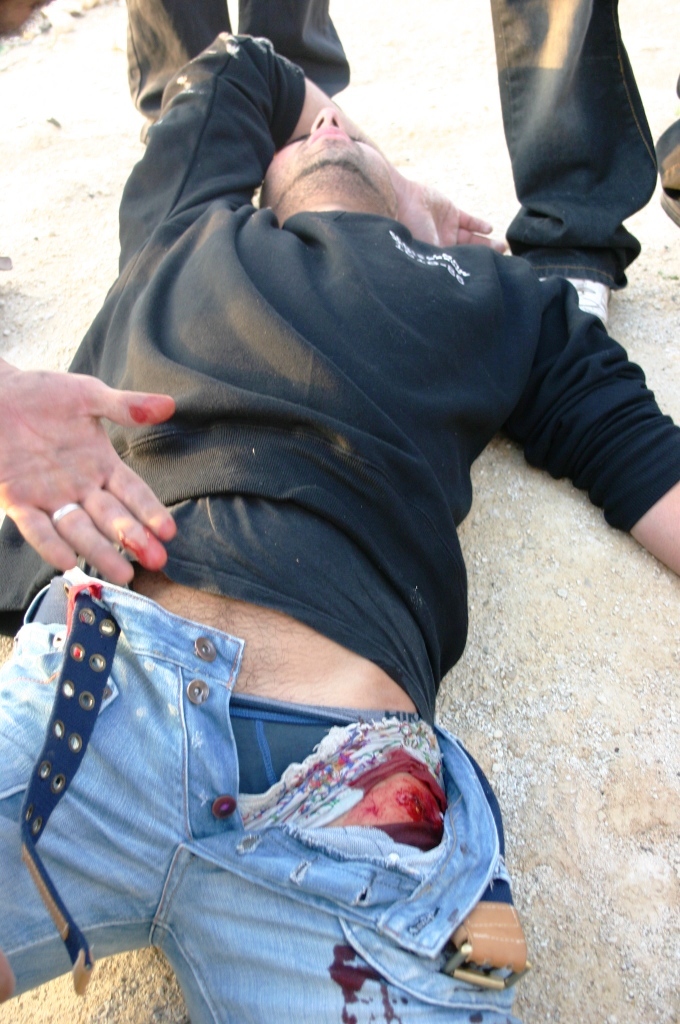 Israeli troops inured two Palestinian men while they were protesting at the Erez crossing on Tuesday.
Ahmad Abu Salaf and Mahmoud Sha’baan were deported to the Gaza Strip last month after Israel enforced law 1650 on them. Both are married to Palestinian women that hold Israeli citizenship.

Abu Salaf was holding pictures of his children and wife and demanded to be allowed to return to them when troops opened fire on him and his friend Sha’baan.

1650 injuction, which took effect last month, gives the Israeli military almost full control to detain and deport any Palestinian in the West Bank who does not hold a permit from Israel to live in the West Bank.

This includes tens of thousands of Palestinians from the Gaza Strip, and those who returned to the West Bank and decided to stay or Gazans who are married to Arab residents of Israel, and live in Israel.

The order also includes non-Palestinians who are married to Palestinian citizens but do not have Israel’s approval to stay in the West Bank.