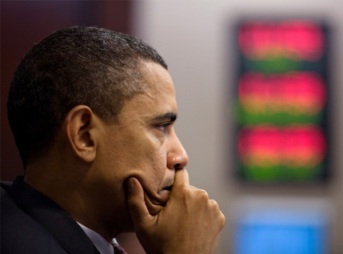 A new conventional wisdom is rapidly taking shape that the United States can resolve the 130-year-old conflict in Palestine by advancing its own peace plan.

Former US National Security Advisor Zbigniew Brzezinski and former US Congressman Stephen Solarz outlined such a plan in The Washington Post recently, and argued that President Obama could boost its prospects with a ‘bold gesture’ — a trip, to Jerusalem and Ramallah in the company of Arab and other leaders to unveil it (‘To achieve Mideast peace, Obama must make a bold Mideast trip,’ 11 April 2010).

Strong supporters of Israel have pushed back that ‘imposing peace’ would not work, but few Palestinian voices have been heard. Indeed, from a Palestinian perspective, this idea is dangerously simplistic, and more likely to deepen festering injustices and fuel, rather than resolve conflict.

The ‘comprehensive solution’ Brzezinski and Solarz propose is nothing of the kind because the conflict cannot be reduced to a mere border dispute between Israel and a putative Palestinian state. They propose for example ‘a territorial settlement based on the 1967 borders, with mutual and equal adjustments to allow the incorporation of the largest West Bank settlements into Israel.’

This is deceptive; the West Bank and Gaza Strip constitute just 22 percent of historic Palestine between the Jordan River and Mediterranean Sea, in which Palestinians formed the overwhelming majority prior to their expulsion and flight as Israel was created in 1948. Official Palestinian acceptance of the two-state solution was a concession unprecedented in the history of any nation because it involved surrendering the 78 percent of the country on which Israel was established.

To demand that Palestinians further divide the remainder represents no compromise by Israel. It merely ratifies Israel’s systematic colonization of West Bank land since 1967 in flagrant defiance of international law.

The proposed ‘land swap’ to compensate Palestinians for annexed Israeli settlements is illusory. The majority of the half million Israeli settlers are concentrated in and around Jerusalem — the heart of the would-be Palestinian state.

Yet the lands that Israel might consider handing over in compensation are small barren tracts far away from population centers. If there are such lands that could compensate the French for Paris, the British for London or Americans for New York City, then there might be lands that Palestinians could accept instead of Jerusalem.

Even more devastating to Palestinian rights, Brzezinski and Solarz float ‘a solution to the refugee problem involving compensation and resettlement in the Palestinian state but not in Israel.’ This they call ‘a bitter pill’ but argue that ‘Israel cannot be expected to commit political suicide for the sake of peace.’

Palestinian refugees have an internationally-recognized legal right to return to their homes and lands, but Israel has always denied this on the sole grounds that Palestinians are not Jews. Thus Gaza, where 80 percent of the population are refugees, is essentially a holding pen for humans of the ‘wrong’ ethno-religious group.

Would Brzezinski and Solarz be so sanguine about accommodating Israel’s discriminatory character if its grounds for refusing the return of refugees was that they had the ‘wrong’ skin color?

I write from downtown Pretoria, once the all-white capital of the South African apartheid state, which also argued that ending white rule would be ‘political suicide.’

The notion that people of different groups cannot or should not mix is belied by the vibrant multiracial reality in the streets of Pretoria outside my window today.

And precedents for the actual return of refugees abound. Under the US-brokered 1995 Dayton Agreement that ended the Bosnia war, almost half a million refugees and internally displaced persons returned home with international assistance, to areas that had become dominated demographically and politically by members of another ethno-national community — an enormous achievement in a country with a total population of 3.5 million and deep traumas as a result of recent war.

Other than Israel’s discriminatory aversion to non-Jews it is difficult to see why Palestinian refugees could not also return to their lands inside Israel, the vast majority of which remain uninhabited.

By endorsing Israel’s self-definition as a ‘Jewish state,’ Brzezinski and Solarz not only ratify the violation of the fundamental rights of refugees, but consign another 1.4 million Palestinian citizens of Israel to permanent second-class status within an increasingly intolerant and ultranationalist Israel. A more likely outcome than ‘two states living side by side in peace’ is that Palestinian citizens of Israel will come under increasing threat of expulsion to the Palestinian state — in other words, a new round of ethnic cleansing.

The vision of a truncated, demilitarized mini-state in no way fulfills basic Palestinian aspirations and rights and would bring no more peace or dignity than the bantustans which apartheid South Africa tried to establish for its black citizens to forestall and delay demands for equality and democracy. Nor would a trip by Obama do anything to revive shop-worn ideas that have gained little real support either among
Palestinians or Israelis since they were first proposed at the failed Camp David summit in 2000.

Margaret Thatcher once said that partitioning South Africa to create separate black and white states would be like ‘trying to unscramble an egg,’ and could lead to tremendous bloodshed. It is time to recognize that this truth also applies to Palestine/Israel and to seek political solutions similar to the one here, or the settlement in Northern Ireland, that embrace rather than attempt to deny diversity, equality and justice for all who live in that land.

— — — — — —
Ali Abunimah is co-founder of The Electronic Intifada and author of One Country: A Bold Proposal to End the Israeli-Palestinian Impasse. This article was originally published by The Hill and is republished with the author’s permission.