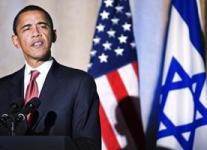 Diplomatic sources in Washington reported that U.S. President, Barack Obama, gave Israel verbal and written guarantees that the United States will not allow the Palestinians to conduct any unilateral steps during indirect talks, or in the case of failure of such talks. The sources did not mention any guarantees that would prohibit Israel from continuing its unilateral measures especially settlement activities and its illegal policies in occupied East Jerusalem.

The guarantees were reportedly delivered to Israel during the visit of U.S. Middle East Envoy, George Mitchell, who is touring the region in an attempt to launch indirect Palestinian-Israeli talks.

In a statement to Al Manar newspaper, the sources said that the United States will not allow the Palestinian Authority of Mahmoud Abbas to conduct any unilateral measures, and added that declaring a Palestinian state can only happened through a Palestinian-Israel agreement and as an outcome of direct talks between the two sides.

According to Al Manar, the United States supports Israel’s demand of a Palestinian recognition of the country as a Jewish State under any agreement, and that a Palestinian State will not be declared before this recognition is made official and public, and before declaring an end to the Middle East conflict.

There was no mention of the internationally guaranteed Palestinian demands of the Right of Return, East Jerusalem as the capital of the future state, the refugees’ Right of Return, borders or any of the core issues.