FBI Director In Israel For Talks On Cooperation 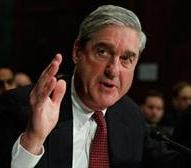 Israeli sources reported Thursday that FBI director, Robert Mueller, arrived in Israel and held a meeting with Israel’s Police Chief, David Cohen, on cooperation against what was described as international crime, and the joint U.S-Israeli efforts to counter “terrorism”.Several senior Israeli police officials attended the meeting that took place in Jerusalem.

The meeting was held upon request from the United States, Israeli paper, Maariv, reported. No details were published.

The paper linked between the meeting and the attempted car bombing in New York several days ago.

Cohen said that the talks were positive and that cooperation between security agencies in Israel and the United States has proven to be fruitful in recent years.
Cohen briefed Muller on what he called “counter terrorism and crime fighting” challenges the police is facing.

He added that there are no borders for “the fight against organized and computer crimes, as well as the fighter against terrorism”.