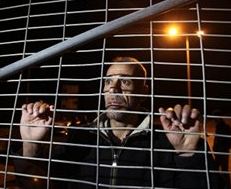 Israel controls the issuing of ID cards and permits, and therefore has the ultimate power to deny such applications, including family reunification applications.

The Palestinian government in Gaza intends to seek the help of charity institutions and other resources to financially support the new camp and stated that the measure is temporary until the residents are allowed back home.

On Wednesday April 21, Israel deported Ahmad Sabah, 38, to the Gaza Strip after he spent more than nine years in Israeli prisons for his political activities. After serving his nine-year term, he was move to administrative detention for six months before he was deported to Gaza.

The Israeli order is yet another violation against freedom of movement of the Palestinians in the occupied territories, and violates international law, including the Fourth Geneva Conventions.

There are more than 1 million refugees in the Gaza Strip, with more than half of them living in eight overcrowded refugee camps; al-Shaty’, al-Boreij, Dir al-Balah, Jabalia, Khan Younis al-Maghazi, al-Nusseirat and Rafah refugee camps.