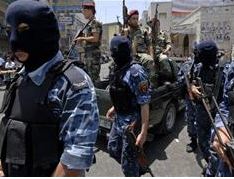 The Hamas movement has condemned the arrest, calling it “security piracy” and part of a coup that targets elected Palestinian leaders.

Hamas has issued a statement about the arrest saying that the Fateh-dominated Palestinian Authority and Dr. Salaam Fayyad’s West Bank government are illegitimate and violate the law and public freedom.

The Hamas release also asserts that the PA arrests every Palestinian who opposes it and that it only follows the United States and Israel.

Hamas demanded the immediate and unconditional release of the deputy mayor, calling for the PA to respect the choice voters made when they elected Tawil in a landslide victory.