60,000 Mark the Beginning of Ramadan at Al-Aqsa Mosque 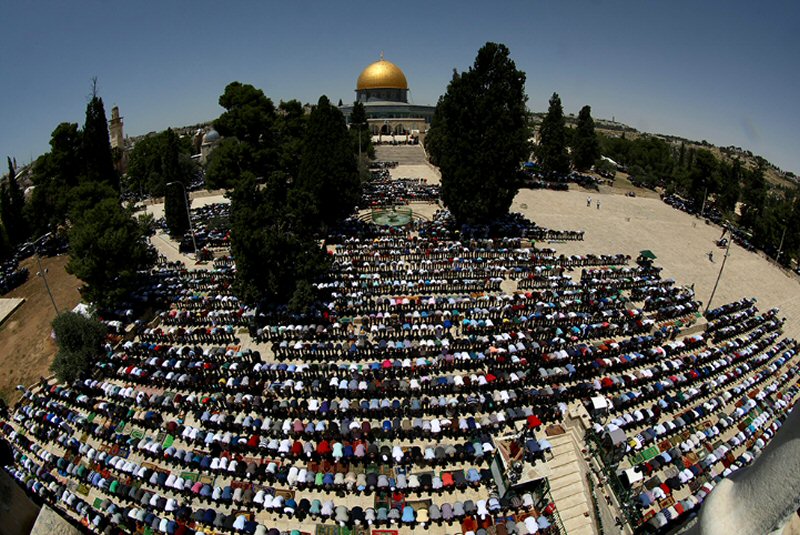 Some 60,000 Muslim worshipers from occupied East Jerusalem and Arab towns across Israel, on Friday, prayed at Al-Aqsa Mosque  in Jerusalem, to mark the start of Ramadan, WAFA correspondence reports.

Masses of devotees made their way to the mosque compound, where they performed their first “Taraweeh” prayer to mark the first night of the holy month.

Worshipers had to pass into East Jerusalem via military checkpoints as Israeli police beefed up presence in and around the city amid heightened tensions.

Men over 40, children under 13 and women of all ages are allowed to enter East Jerusalem without permits for the occasion. Men between 30 and 40, however, were required to obtain special permits in order to enter.

The annual Ramadan month of fasting began on Thursday, for at least one billion Muslims across the globe, with fasting hours ranging between nine and 19 hours.

This comes just three days after the opening of the US embassy in Jerusalem and the killing of over 60 Palestinian protesters, by Israeli snipers, along Gaza’s eastern border.

The mosque was the first direction of prayer in Muhammad’s lifetime, before the Qa’aba in Mecca, Saudi Arabia. The prophet was believed to have been taken by a miraculous steed, to visit Al-Aqsa Mosque, where he prayed, and was then taken to the heavens.