Army: “Soldier Wounded In Gaza Was Hit By Friendly Fire” 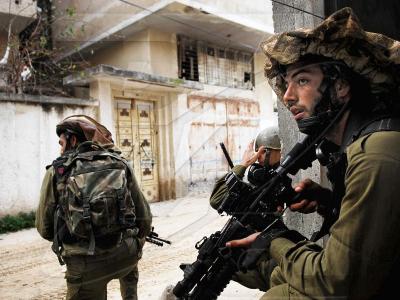 The Israeli Army stated Sunday that the soldier who was injured on Saturday at night during clashes with Palestinian fighters in Gaza, was not hit by Palestinian fire as previously announced, but was shot by another soldier. Soldiers invading a border area in the Gaza Strip Saturday evening exchanged fire with resistance fighters and killed two of them. One soldier was seriously wounded during the clashes and the army initially stated that he was hit by Palestinian fire.

But after a preliminary investigation into the issue, it was revealed that the soldier was hit by friendly fire.

An Initial army report indicated that as Israeli paratroopers approached the security fence with Gaza, Palestinian fighters opened fire at them and wounded one.

The army said that soldiers stationed on an observation fire near the border spotted two gunmen crawling towards the fence and opened fire at them, Israeli daily, Haaretz, reported.

Following the incident, soldiers crossed the fence and exchanged fire with the fighters and killed two while one soldier was also wounded. The army claims that the fighters used sniper fire and mortars.

Haaretz stated that the army intends to continue the investigation in the coming days, and that the reason that was provided to explain the friendly fire incident is “poor visibility” due to weather conditions.