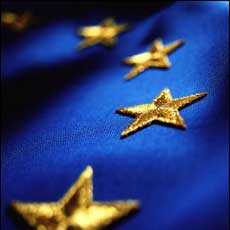 The European Union, on Thursday, announced it, along with the PA, made a joint social services allowance payment, Ma’an News said.
A payment of social assistance benefits, amounting to €11.5 million, is claimed to have been assigned to over 56,400 Palestinian families in need.

Majeda al-Masri, Palestinian Minister for Social Affairs, stated that the payment was ‘part of the Ministry’s efforts to curb poverty and reach-out to the neediest and most vulnerable Palestinian households in the West Bank and Gaza.’

The Palestinian minister addressed her thanks to the EU for contributing financially to the payment as well as for providing the logistical assistance in delivering the support to families.

The payment, which has been entirely funded by the EU for the last three years, was one of the first combined funding initiatives.

Palestinian families are due to receive approximately $200 every three months in social assistance benefits.

Payments are currently made at 47 branches of Bank of Palestine and Cairo Amman Bank. Beneficiaries can collect their allowances from 18 December 2010 to 13 January 2011, at the bank branch indicated by their social worker.