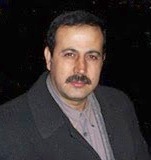 The Daily Telegraph reported that the Israeli Institute for Intelligence and Special Operations, Mosad, intends to issue an official apology to Britain as Israeli Mosad agents entered United Arabs Emirates using several international passports, including forged British passports, to assassinate a senior Hamas leader at a hotel in Dubai.Although Israel never officially claimed responsibility for the assassination that took place in January this year, investigations in Dubai and several security agencies around the world revealed that the assassins used forged passports, and were working for the Mosad.

The Daily Telegraph reported that Mosad officials said that the new Mosad head, Tamir Ferdo, will issue an official apology to Britain, and will vow to that the Mosad will not use forged British passports in its external operations.

Ferdo was appointed to his position earlier this month, and promised the British ambassador in Tel Aviv, that Israel will issue an official apology.

The Telegraph reported that Mosad officials estimate that Ferdo will be holding a meeting in January with senior British officials, including British Foreign Secretary, William Hague, and British Home Secretary, Theresa May, to apologize to them.

They added that this step comes as part of the efforts to rebuild trust between the two countries, especially since Israel used 12 British passports to conduct the assassination in Dubai.

After certain aspects of the assassinations started to become clear, London ordered the representative of the Mosaic out of the country.

Mahmoud Al Madbouh was assassinated on January 19, 2010, the Authorities in Dubai held Israel responsible for the assassination and published a list containing the names of 26 persons carrying forged passports; 12 of them carried British passports, six Irish, four French, three Australians, and one German.

He survived two assassination attempts, the first attempt on his life was a car bombing in Beirut in 2009, and the second involved the use of poison that rendered him unconscious for 30 hours.