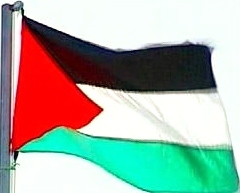 Palestinian factions in Gaza, except for Fateh, held a meeting on Sunday calling on Arab and international institutions to pressure Israel into halting its violations and escalations against the Palestinian people, especially in the Gaza Strip.
The factions discussed the potential upcoming Israeli military assault against the Gaza Strip as a number of Israeli political and military leaders voiced threats to attack Gaza,

Israel claims that armed groups have stepped-up the firing of homemade shells into adjacent Israeli settlements and towns.

The convening leaders called for removing all obstacles that hinder internal Palestinian unity and reconciliation, and to counter all violations that target public freedoms.

Walid Al Awad, member of the Political Bureau of the leftist Palestinian People Party (PPP), read the final statement of the meeting stating that the Palestinian people are the victims of Israel’s occupation, and have the legitimate right of resistance.

Hamas political leader, Ismail Al Ashqar, stated that the Palestinians have the right to resist the occupation and the ongoing aggression.

Islamic Jihad political leader, Khader Habib, said that this meeting comes amidst increasing Israeli threats of a new assault against the Gaza Strip.

He also called for national unity, and for ending all sorts of internal tension.

Mahmoud Khalaf, member of the Central Committee of the Democratic Front for the Liberation of Palestine (DFLP), said that the factions held their meeting to affirm the legitimate right of resistance against the occupations.

He added that talks on a truce with Israel cannot be held while the army is shelling the Palestinian people in Gaza, and ongoing with its crimes.

Abu Khalaf also called for unit among all factions in order to counter the Israeli occupation.

Years of talks, mainly mediated mainly by Egypt, have failed in bringing the rival Fateh and Hamas movements to sign the proposed Egyptian Document for internal Palestinian unity.

Most of the Palestinian casualties were civilians, as elderly, children, infants and members of the civil emergency services were killed and wounded as the army bombarded residential areas, medical centers and hospitals, infrastructure, educational facilities including UNRWA schools where civilians took shelter, mosques and other civilian structures.