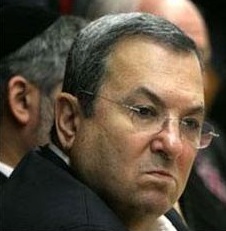 An extremist Israeli group published a video on the internet calling for assassinating Israeli Defense Minister, Ehud Barak, for what the group called “his stances that would give the lands of Israel away”.The tape came shortly after a previous tape that called for the killing of the head of the Special Tasks Division of the State Attorney’s Office, Shai Nitzan.

Israeli Yedioth Aharonoth stated that the group said that “it is against all sorts of violence, this is the only way left to counter Barak and his likes in order to stop their policies that “would allow the terrorist to slaughter Jews”, according to the statement.
Israeli paper, Jerusalem Port, reported that the first tape was released two days ago, and the Israeli Police launched an investigation in an attempt to locate the parties or the groups behind it.

The Jerusalem Post reported Monday that the Police and the Ministry of Justice decided to boost security for Nitzan and to assign him a full-time bodyguard.

Nitzan stated that there are several Facebook groups, some opened under the names “Death to All Arabs”, and “Demonstration in Umm el-Fahm against the Islamic Movement”, had violated several anti-racism and anti-incitement laws, the Jerusalem Post said.