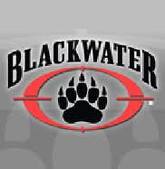 The US State Department signed a deal with a company closely associated with the Blackwater security firm to provide ‘security services in the West Bank’, The Washington Post said on Monday.The new deal worth more than $84 million a year will enable the group to provide protective security in the West Bank over the next five years, for services extended by the U.S. Consulate in Jerusalem, State Department spokesman Toner explained.

The contract was won by International Developments Solutions (IDS), a joint venture that includes U.S. Training Center, a company once known to be linked to Blackwater and that, former officials claim, still employs many of its agents.

The US previously hired Blackwater for security services in Iraq and Afghanistan. The firm was associated with a number of atrocities in the two countries, and later changed its name to Xe Services.

Blackwater had been fined 42 million dollars by the US for exporting illegal arms to Afghanistan, offering to train forces in southern Sudan without authority, and providing sharpshooting training to Taiwan police officers.

In spite of its legal troubles, Blackwater-affiliated firms have continued to win government contracts. Last June, Xe Services scored a $100 million contract from the CIA to provide services in Afghanistan. Later in October, Xe won a share of a $10 billion State Department contract for worldwide protective services.