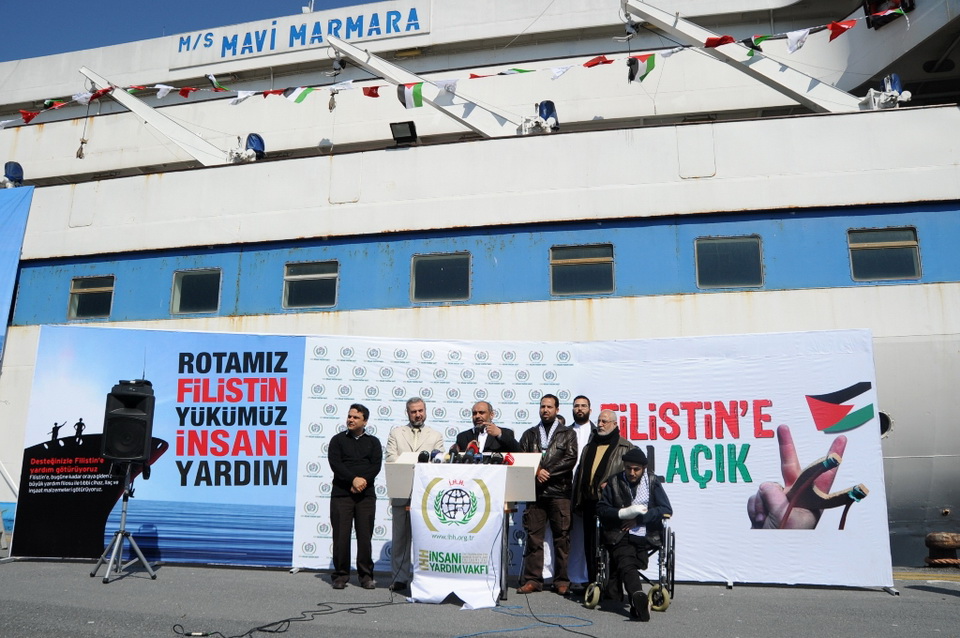 The new flotilla is expected to include 12 ships and will be sailing to Gaza starting from southern Turkey.

It will be led by Marmara ship, the same ship that was attacked by the Israeli navy leading to the death of the nine activists before the army towed it to Ashdod Port.
Israeli Paper, Maariv, reported that Israel has already started a campaign to stop the flotilla but, so far, the efforts did not lead to any success.

Meanwhile, the IHH reported that European parliamentarians, Arab and Turkish parliamentarians will join the flotilla regardless of the Israeli threats to use force, once again, against the solidarity ships.

Marmara ship was returned to Turkey just two weeks ago after several months of being impounded by Israel. The humanitarian supplies that were onboard the ship are still held at the Ben Gurion Airport after the Israeli Foreign Ministry obstructed the transfer of the supplies back to Turkey.