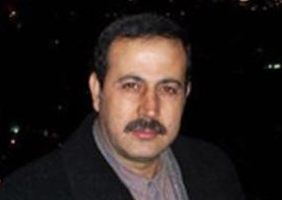 Nearly a year after a number of Israeli Mossad Agents assassinated a senior Hamas member, at a hotel in Dubai, the German Authorities issued an arrest warrant against an Israeli national believed to have used a forged German passport to enter Dubai. The Der Spiegel German Weekly reported that the man, identified as Uri Brodsky, is part of the group of assassins that carried forged passports of several European countries and Australia.

Der Spiegel did not specify what new charges were brought against Brodsky but the man is believed to be working for the Israeli Mossad, and also believed to have participated in carrying out the at the room of Mahmoud Al Madbouh at a Dubai hotel on January 19. 2010.

Brodsky was taken into custody at Warsaw International Airport; the Authorities arrested him due to a German arrest warrant that was issued by Germany in June. 2010. The District Court in Warsaw ordered the extradition of Brodsky to Germany.
But after spending no more than 24 hours imprisoned in Germany, he was released last August after he paying a 100.000 Euros bail.

The German Authorities removed the charges regarding passport forgery and instead ordered him to pay a 60.000 Euros fine.

Following the assassination, the authorities in Dubai held extensive investigations and also collaborated with other international agencies and came up with a list of at least 27 agents working for the Mossad to assassinate Al Madbouh.

The authorities in Dubai even presented evidence showing revealing that Mossad agents involved in the assassination used forged foreign passports.