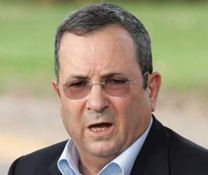 Israeli Defense Minister, Ehud Barak, intends to quit the already weakened Labor Party to form a new parliamentary bloc that would run under his command.Israeli Paper, Yedioth Aharonoth, reported Monday that Barak, who heads the Labor party, along with four other Labor Knesset members, asked the House Committee of the Knesset to hold an urgent meeting to discuss their decision.

The Labor party, that witnessed a sharp blow during the last general elections, seems to be heading towards another decline especially after several party members threated to quit the government should the party maintain the government coalition headed by Prime Minister, Benjamin Netanyahu, of the Likud party.

Last week, Labor MK, Daniel Ben Simon, demanded the formation of a new bloc after he quit the Labor party, while Amir Peretz, former head of the Labor Party, will likely quit the party to join Kadima.

With the current crisis Labor Party is facing, and due to its gradual decline, several party members will likely quit and join other faction while elected Labor party officials could also join other factions at least until new general elections are held.

Israeli Ynet reported that Netanyahu was aware of the upcoming split and even had his associates work with Barak to plan it.