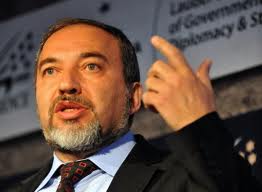 In a move to improve Israel’s deteriorating image in the world, Foreign Minister Avigdor Lieberman has decided to make an unprecedented move by hiring a network of European public relations firms to conduct the state’s PR campaign throughout the continent.
According to Tuesday’s report in the Jerusalem Post, the campaign will seek ‘to acquaint Europeans with Israel’s character beyond the conflict with the Arab world.’

As part of the plan to re-brand Israel, more modern sides of the state – its culture, economy, history, tourism, high-tech, food, music, and more – will be highlighted in the campaign.

The Israeli government is increasingly alarmed by reports from its embassies abroad, particularly from the UK and some Scandanavian countries, where boycotts of Israeli products are on the rise, with successful chains in Britain refusing to sell products made in settlements and often all Israeli products as well.

It is expected to focus on Europe’s most influential countries – Britain, Germany, France, Italy, Spain, Holland, Denmark, Sweden, Norway, and the Czech Republic

Lieberman has decided to launch the campaign in Europe’s most influential countries – Britain, Germany, France, Italy, Spain, Holland, Denmark, Sweden, Norway, and the Czech Republic. It is expected to cost US $3.26 million a year