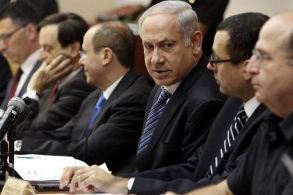 A senior Israeli military source reported that Israel continues to be cautious about making official statements on the situation in Egypt and the attempts to end the rule of its overdue regime of Egyptian President, Hosni Mubarak.Speaking to the Israeli Army in Hebrew, the source said that there are good chances that peace between Israel and Egypt will remain in place, adding that peace is in the best interest in Egypt and Israel, according to the source.

He said that Tel Aviv is still discussing the type of work the Israeli embassy in Cairo will be conducting after it resumes its duties.

The protests in Egypt are ongoing since 17 days and the protesters are more determined to remove Mubarak who insists to remain in power and conduct “reforms” despite the heavy price of human lives.

During an interview with Al Arabiya TV, Abu Al Gheit said that it is essential to ensure the protection of the constitution in Egypt from what he called “chaos and the attempt to seize power”.

Meanwhile, Egypt’s Foreign Minister, Ahmad Abu Al Gheit, rejected the calls of the
United States to end the Emergency Law that was enforced many years ago.

He also stated that chaos would oblige the army to intervene, an issue, he said, would lead to a dangerous situation.

The Egyptian Foreign Minister also stated that the Muslim Brotherhood in Egypt received an initial support from the Egyptian regime after holding a meeting with Suleiman.

Abu Al Gheit told the PBS TV that the United States is trying to impose its vision in Cairo, and that the “advices given by Washington are not helpful”.

His statements came after he was asked about the statements of U.S Vice President, Joe Biden, in which he called for ending Emergency Law that was enforced by Mubarak when he took office in 1981.