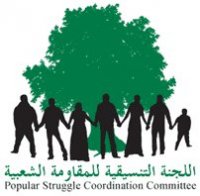 The Popular Struggle Coordination Committee has created a new fund, the “Dismantling Impunity Fund”. This fund will aid Palestinians engaging in non-violent resistance pay for legal fees when suing Israel for deaths caused by the Israeli army.The fund’s aim is to directly challenge Israel’s culture of impunity surrounding the murder and maiming of Palestinians. The fund will be managed by a committee that will include representatives of Popular Committees and Palestinian human rights organizations.

The Abu Rahmah family will be the fund’s first recipient. The family has lost two of their children, Bassem and Jawaher, to Israeli military violence. Both were murdered while nonviolently protesting Israel’s separation wall, built on their village’s land.

The family has filed a civil suit in Israeli courts demanding compensation for Bassem Abu Rahmah’s 2009 murder, in which he was shot in the chest from 40 meters with a high-velocity tear gas canister.

The court is demanding 25,000 shekels ($6,700) as a deposit from the Abu Rahmah family. According to a loophole in Israeli law, Palestinians can be considered “foreigners”. This enables the court to demand an upfront deposit large enough to cover the defense’s legal fees, should the prosecution lose the case. If the family does not submit the money, the court will close the case without hearing it.

Through this loophole, Israel has supported its culture of impunity. Palestinians from the occupied Palestinian territories are effectively prohibited from filing civil suits against Israel, the Israeli army or individual soldiers. Financial resources are needed to combat this loophole and enable Palestinians to seek legal redress.

Bassem Abu Rahmah was shot in the chest with the same type of canister that critically injured US citizen Tristan Anderson one month prior. After conducting an extensive investigation into Abu Rahmah’s death, the Israeli human rights group B’Tselem demanded a criminal investigation be launched. B’Tselem’s findings proved that Abu Rahmah was shot in direct violation of open-fire regulations while acting in a nonviolent manner. Despite video footage and expert testimony to corroborate this, no one has yet been punished or even charged with Bassem’s killing. A civil case is now the only option left for the Abu Rahmah family to seek legal redress.

Mohammed Khatib, Coordinator, Popular Struggle Coordination Committee: “From our experience with the Israeli legal system, we do not expect justice from the occupier’s courts. But we do know that a court case brings to light things that the occupation would rather keep in the shadows. By suing, victims of Israeli violence would be extracting both a monetary and political price for the crimes that Israel has committed against them. It is essential to challenge the prevailing culture of impunity, in which Israeli soldiers and settlers murder and maim Palestinians while going unpunished and unquestioned.”

Donate by check: Write checks to “Alliance for Global Justice”, with “CfJS-Dismantling Impunity Fund” in the memo line. Mail checks to: