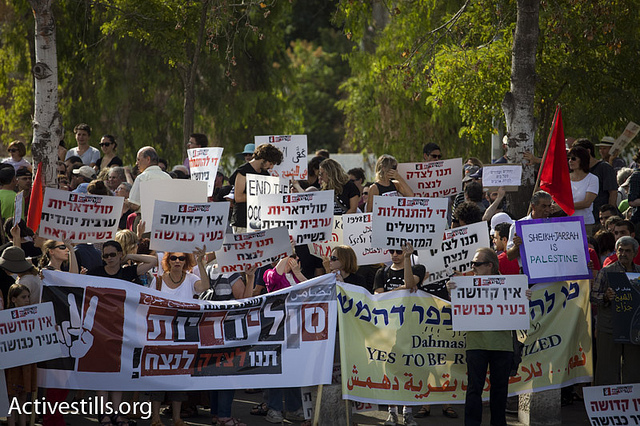 On Wednesday, the Jerusalem District Court rejected an appeal by police disputing the court’s decision to release Sheikh Jarrah Solidarity Protesters without conditions.The four protesters were arrested, Monday, for demonstrating against the approval of 16 new Jewish-only homes in the east Jerusalem neighborhood.

Judge Moshe Drori criticized police for their behavior towards the protesters, saying that police did not follow the law. In its previous decision, the court ruled that the arrests were unwarranted since the nature of the protests were non-violent and the protesters were not disturbing the peace.

In the appeal by those representing the police, it was argued that the protest was illegal and that riots had broken out.

The attorney representing the protesters, Leah Tzemel, said her clients had not needed a permit because there had been fewer than 50 people present.

Judge Drori accepted the claim, and criticized the police for the lack of legal knowledge it displayed in the appeal. ‘The solidarity movement can continue to protest uninterrupted while police, after internalizing this decision, will help them to protest whenever they wish,’ he wrote in the verdict.

‘When a permit is needed police will consider it positively and allow rallies and marches as well.’

The movement issued a statement in response to the verdict, saying it was ‘unfortunate that Israel Police would insist upon shaming itself in court once again, in an attempt to suppress legitimate political activities’.

‘It is even more unfortunate because in doing so, the police are wasting public funds and placing a needless burden on the courts. In order to help, we volunteer to provide the police with Social Studies classes free of charge.’