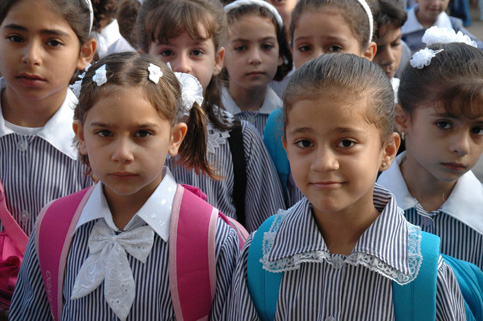 The Tel Aviv municipality in western Israel has become the latest of a dozen school districts in Israel to force children to attend schools segregated by race and nationality.Four new kindergartens opening this year in the Bitzaron neighborhood in Tel Aviv will be segregated based on whether the students have Israeli or foreign identity cards.

A number of school districts in the last several years have forced students into separate schools based on the students’ nationality, religion or ethnicity. Some schools have specifically excluded Africans, even though many of the Africans in Israel are Jewish. The issue of segregated schools is one that has been raised by activists worldwide who have challenged what they call Israel’s ‘apartheid’ practices — a reference to the race-based system in South Africa prior to 1994.

An attorney for the Hotline for Immigrant Workers told the Israeli newspaper Ha’aretz that the segregated schools violate Israeli law, adding, ‘if the children are being separated for being foreign, or for being asylum seekers, then it’s illegal. The compulsory education law applies to everyone, and registration for kindergartens and schools shouldn’t be on the basis of nationality, religion, race or legal status.’

Some parents registering their children for kindergarten were upset about the segregation policy in the district. Anat Ben-Moshe told a Ha’aretz reporter, ‘When I asked why they don’t mix the children, they said when the majority are foreign, there’s a problem with the parents. As a parent, I now have to explain this separation to my daughter, which seems much more problematic.’

Israel has over thirty laws that separate people based on race and religion, and all Israelis receive identity cards which state their nationality as either ‘Jewish’, ‘Arab’ or ‘Other’. Israeli authorities say they will continue the practice of dividing its population in order to ‘ensure the character of the Jewish state remains intact’.

The newly-segregated kindergartens in Tel Aviv do not include Palestinians with Israeli citizenship, who have always had to attend separate schools from Jewish Israelis.