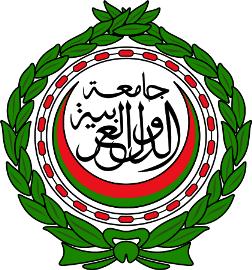 The Arab League called on Wednesday for instating a comprehensive and serious popular and official boycott of Israel due to its ongoing violations, and stances that obstruct peace talks.Mohammed Sbeih, assistant secretary-general for Palestine and the Occupied Territories at the Arab League, stated that ‘what is needed is a clear and direct aim that all Arab countries must abide by, and implement’.

The statements of Sbeih came during the 82nd session of the Arab League’s, Arab regional offices for boycotting Israel. The session was held on Monday at the Arab League headquarters in Cairo after years of being held in Damascus.

“Boycott is our main goal, and we are committed to what we agree on in order to reflect a real determination which could be carried out on the ground”, the ambassador stated during the opening session.

He added that boycott measures are meant to pressure Israel into stopping its violations, especially after the head of Israeli Knesset stated that “the boundaries of Israel are from the Nile River to Euphrates.”

“During the 16-year Israeli-Arab negotiations, Israel has not compromised anything regarding the Israeli-Arab conflict. Instead, it is escalating the blockade on Gaza, and is ongoing with its crimes’. Sbeih stated, ‘Israel was also successful in foiling all initiatives for peace in the region”.

The assistant secretary-general further called on all states to support the Palestinian bid the United Nations, in order to achieve a full recognition of Palestinian statehood, based on all related international legitimacy resolutions.

Commissioner-general of the Arab League Boycott Office, Ghaleb Saed, emphasized that the Arab boycott against Israel is one of the basic pillars of the Palestinian cause, and that it must be implemented despite the political changes and developments in the region.

“The notion of Arab boycott of Israel has been out there since more than sixty years”, Saed told reporters.

The 3-day Cairo meeting is discussing a number of items related to the Arab boycott of Israel, on all official and popular levels. A report will be issued stating the findings of the meeting to the Arab foreign ministers’ session that will be held next week.