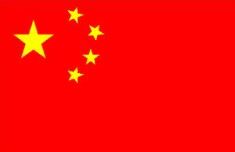 Chinese special envoy to the Middle East, Wu Sike, stated earlier this week that China supports the Palestinian right to establish an independent state, with East Jerusalem as its capital.

Wu’s statements came during his visit to Cairo, as part of his tour in Europe and the Middle East.

Ambassadors and chiefs of diplomatic missions of Arab states, welcomed the Chinese statement.

Also, the Ghana declared its supports the Palestinian move, and will vote for it.

Chief Palestinian negotiator, Dr. Saeb Erekat stated that the Palestinians are seeking the support of more than 150 countries of the 192 UN member countries’.

Israel and the US reject the Palestinian move; the US threatened to veto the bid, declaring the peace can only be achieved through direct negotiations.

On Wednesday, U.S. Envoy, David Hale, demanded Palestinian President, Mahmoud Abbas, to void the plan to head to the United Nations to seek international recognition of statehood, and told him that Washington opposes the move.

U.S. Secretary of State, Hilary Clinton, urged Abbas “to listen to the U.S. message”, in order to avoid what she called “a negative scenario by the end of this month”, referring to when the Palestinian Authority will be filing its bid at the United Nations.

Palestinian statehood recognition bid can be passed to the UN General Assembly without the approval of the UN Security Council.

Palestinian-Israeli peace talks came to a standstill in September 2010 after the Israeli 9-month freeze on settlement activities ended, and the Israeli government resumed and even escalated the construction and expansion of settlements.

During the so-called freeze, construction in several settlements did not stop, and Tel Aviv claimed that these constructions were approved before the government declared the freeze that excluded occupied Jerusalem.

The Palestinian Authority is demanding a clear aim for peace talks, an Israeli recognition of the Palestinian right to statehood, and a complete halt of all Israeli violations and invasions.