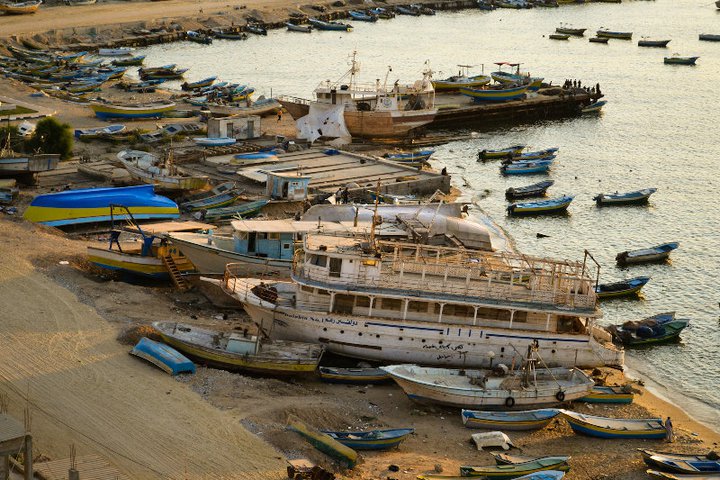 In the latest in a series of attacks on Gazan civilians, Israeli troops stopped a fishing boat off the coast of Gaza Sunday and detained all eight people on board. In addition, in a separate incident, Palestinian medics report that a civilian car was hit by an Israeli shell on Saturday night, but the occupants of the car were able to escape without injury.The fishing boat that was stopped by the Israeli navy Sunday belongs to the Baker family, from the town of As-Sudanyeh, north of Gaza City.

Among those detained were the father of the family, Hassan Khader Baker, his sons Khader, Jafar and Muhammed, and their relatives Allam, Suheil and Muhammad Baker.

According to an Israeli military spokesperson, the family was detained because they failed to heed a warning by the Israeli navy that they should turn around and head back to shore.

The Palestinian fishing industry in Gaza has been devastated by the Israeli naval blockade, which prevents boats from going any further than three miles off shore and thus blocking access to the most populous areas of fish. Many fishing boats have also been seized and their owners detained even within the three mile boundary.

The three-mile limit is a violation of past signed agreements, which allow for at least a ten mile offshore line in which Palestinian fishermen would be allowed to do their jobs, in accordance with international law.

Israel’s naval blockade also prevents any boats or ships from entering or leaving Gaza’s ports, thus cutting off all imports and exports of Gazan-produced goods and of foreign-produced goods entering Gaza.

In the other incident early Sunday morning, an Israeli shell hit a car traveling east of Khan Younis in the southern Gaza Strip. No injuries were reported. An Israeli military spokesperson said they had no record of the attack.