UNESCO Decides To Put Statehood Bid To A Vote 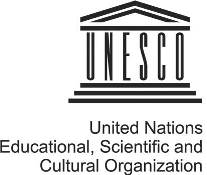 The Executive Committee of the United Nations Educational, Scientific and Cultural Organization (UNESCO) voted Wednesday in favor of putting the issue of granting Palestine a full membership, to a vote. PACE grants Palestine â€œpartner for democracyâ€ status.The vote passed by 40 of the 58 member countries. Four countries (the United States, Germany, Latvia and Romania) voted against the move, while 14 countries abstained.

The voted recommendation will be on the agenda of the general conference of the UNESCO that will be starting its sessions by the end of this month.

France said that voting Palestine as a member of the UNESCO is a â€œpremature moveâ€ presented by the Arab states, and added that â€œthe priority should be for ensuring the resumption of Palestinian-Israeli peace talksâ€.

Palestine needs more than two-thirds of the votes of the 193 member states of the UNESCO in order to become an official member during the vote at the upcoming general meeting.

U.S Secretary of State, Hilary Clinton, stated that the UNESCO should reconsider its decision.

Clinton also threatened that should the UNESCO fully admit Palestine as a member, Washington â€œwill be forced to reconsider its funding to the agency (UNESCO)â€.

She added that â€œsuch decisions should only be made by the United Nations itself. and not by secondary UN organizationsâ€.

Her statements came during a meeting with reporters in the Dominican Republic. She said that â€œit is an inexplicable that UNESCO would consider moving forwards on a Palestine vote while the Palestinian application is still being discussed by the United Nations Security Councilâ€.

Also on Wednesday, the Parliamentary Committee of the Council of Europe (PACE) voted for granting Palestine the status of â€œpartner for democracyâ€. The council is the main EU committee that deals with Human Rights issues.

It is worth mentioning that the Palestinian leadership also intends to file an application to the World Trade Organization (WTO) seeking member status.

As the Palestinian leadership is moving ahead with its recognition plans, demanding international support to the legitimate and internationally guaranteed rights, the United States is siding by Israel and is conducting an international campaign against all Palestinian bids.

Last month, Palestinian President, Mahmoud Abbas, filed the official Palestinian application to the Security Council asking for fill membership at the United Nations despite US warnings to veto the move.

The US Congress recently decided to freeze 200 USD million of the USAID which are annually transferred to the Palestinian Authority.

The U.S said that Israel and the Palestinians must resume the stalled direct peace talks in order to reach a comprehensive peace deal that would end the conflict.

But the ongoing Israeli violations, the construction and expansion of settlements in the occupied territories, especially in and around occupied East Jerusalem, pushed the Palestinian leadership to quit talks.