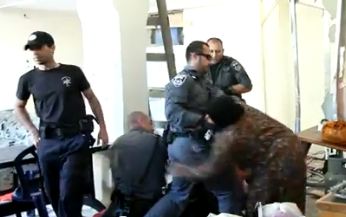 Two days ago, the Israeli Police violently attacked and evicted an Arab family who had been living in a vacant home in Salma Street, Haifa, mistreating the mother and her children, the Arabs48 news website reported. Video included.After losing their home, the Arab family had been living in a protest tent in Al Ajamy Garden before moving to an unfurnished, abandoned home, seeking shelter for the children.

The Israeli Police attacked the home and and the mother, pushing her violently. One policeman also kicked the mother, and another held her by the neck. Other policemen chased the terrified children.

Some persons apparently tried to intervene but were forced away by the police.

The police also kidnapped two members of the family (brother and sister) and took them to a nearby police station. They were released later and went back to their protest tent in Al Ajamy Garden.

Video of the attack as published by the Arabs48.com, video captured by Haim Schwartzenberg. 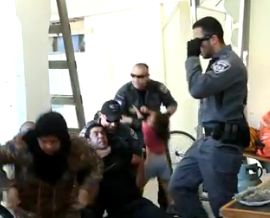 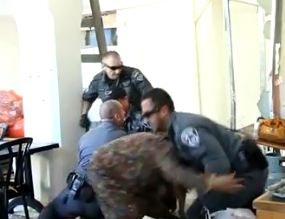