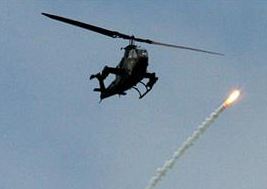 The Israeli Air Force bombarded several areas in the northern part of the Gaza Strip on Sunday evening, while the Israeli Navy fired shells at coastal areas; damages were reported, no injuriesLocal sources reported that an Israeli fighter jet fired one missile at an open area north of Beit Lahia.

An explosion took place east of Rafah city in the southern part of the Gaza Strip, producing damages; the cause of the explosion remains unknown.

Abu Mujahed, spokesperson of the Popular Resistance Committee, one of the armed resistance groups in Gaza, called on all resistance groups to retaliate against the Israeli attacks, including any attacks carried out by ‘extremist Israeli settler groups.’

He added that the Palestinian Authority in the West Bank is hindering the activities of the resistance, and stated that ‘extremist Israeli settler groups’ in the 1948 territories are carrying out attacks against the Arab residents and holy sites.

â€œWe are sure that these attacks and escalating violations will lead to another revolution,â€ Abu Mujahed stated. â€œA revolution to liberate the land, remove those settlers, and end the occupationâ€.

He further stated that peace agreements between Israel and the Palestinian Authority in the West Bank â€œgranted the settlers and the occupation more chances to escalate their attacks and violations.â€