Ending Of The Isolated Detainees File Is In The Air 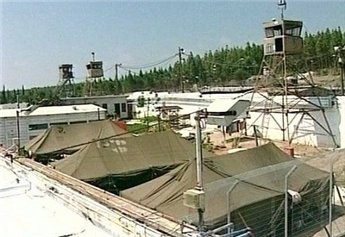 He said that heads of the AIP implied that the decision on the isolation file lies within the Israeli Security Agency.

Since the prisoner-swap deal has not been officially signed, he issued an appeal to the negotiators in charge of it to include the three detainees. If they wonâ€™t be included then he urged them to at least end their isolation.

He added that the detainees are in a critical stage of their strike, emphasising their insistence upon achieving their demands.

It is worth mentioning that this is the detaineesâ€™ nineteenth consecutive day in striking.

Specialized sources in charge of the prisoner issue, reported that some of the striking detainees were moved to clinics due to the deterioration of their health. Many cannot stand up, they have lost an average of twelve kilograms and are all in a serious condition.

Raâ€™fat Hamdoneh, an official in charge of the detaineesâ€™ affairs, demands that the Palestinians organize nonviolent demonstrations, and to head to the protest tents set up in the Palestinian districts to support the striking prisoners, until such a time as they see all of their demands met, especially the ending of solitary confinement.

Hamdoneh added that the AIP continues to neglect the detaineesâ€™ demands, humiliating them, imposing financial fines upon them, searching the prisons aggressively, and they have also isolated the strike organizers.