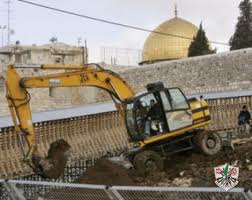 On Sunday, the Arab League strongly condemned the Israeli government’s decision to construct 2,610 new settlement units between the cities of Jerusalem and Bethlehem, the Palestine News & Info Agency, WAFA, reported.The Arab League Committee for Palestine and the Occupied Territories called upon the UN Secretary-General, Ban Ki-Moon, and the international human rights community to send fact-finding missions to investigate the serious Israeli violations against the city of Jerusalem and its residents.

A statement by the Committee reads, in part, â€œThe ongoing Israeli settlement plan, carried out by confiscating Jerusalemitesâ€™ lands, aims to establish a wide belt of settlements. This includes the settlements of Gilo, Har Homa (formerly Abu Ghneim), Ramat Shlomo, and Pisgat Zeâ€™ev.â€

To most observers, the construction of these settlements severely dampens the prospect of a viable and independent Palestinian state. This is a view strongly shared by the Arab League, whose statement continued, â€œIn addition, the settlement belt definitely ends the vision of a Two-State Solution, and the possibility of establishing an independent Palestinian State with Jerusalem as its capital.’

The committee stated that the United Nations, the Middle East Quartet, and all international organizations have a collective responsibility to stop the ongoing violations committed by Israel in Jerusalem, and all other occupied territories.

The so-called ‘E1 Plan’ for the Greater Jerusalem area was outlined by the Israeli government in 2006, and has been implemented in the years since then. It involves the confiscation of Palestinian land in East Jerusalem, the expulsion of many of the approximately 500,000 Palestinian residents of East Jerusalem, and the separation of East Jerusalem and areas north, east and south of Jerusalem, from the rest of the West Bank, using the Annexation Wall as a permanent barrier and border.