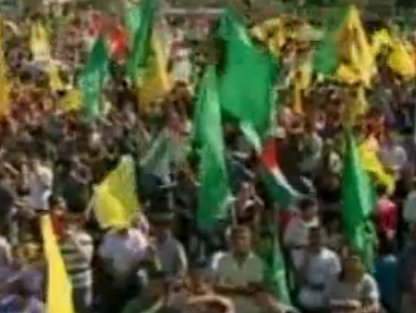 All 42 detainees, who were forced into exile as part of the Shalit swap deal Between Hamas and Israel, arrived in Syria, Qatar and Turkey, while the exiled female detainee, Ahlam Tamimi, was sent to Amman – Jordan.Israeli daily, Haaretz, reported that 16 detainees arrived in Syria, 15 in Qatar, 10 in Turkey, and the only deported female detainee was sent to Jordan. .

Several Syrian ministers and officials, in addition to leaders of Palestinian factions in Damascus, welcomed the detainees while thousands of Palestinians and Syrians gathered at the Airport hall waving Palestinian and Syrian flags, and chanting for the liberation of all detainees.

A massive crowd headed by several Turkish political leaders also welcomed the detainees who were sent to Ankara.

247 of the released detainees will be sent back to their homes in Gaza, 96 to the West Bank, 14 to Jerusalem, 6, including one who lives in the Golan Heights, to their towns in the 1948 territories.

Among the 203 exiled detainees, 163 from the West Bank were sent to Gaza.

The second phase of the prisoner-swap deal will include the release of 550 detainees, and will be implemented in two months.

The former captured soldier, who fell in the hands of the resistance in Gaza in June 2006, was sent to Egypt before he was handed by the Egyptian security forces to Israel.

Meanwhile, Israel was angered by an interview conducted Egyptian anchorwoman, Shahira Amin, with Shalit after he was released.

Amin told the BBC said she did not know that “Shalit was forced to conduct the interview”, Israeli Ynet News reported.

The Ynet added that initial tests conducted on Shalit at the Tel Nof Israeli Air Force Base, showed that his health condition is “better than expected”.

In a Televised speech, Abu Obaida, spokesperson of the Al Qassam Brigades, the armed wing of Hamas, one of three groups that captured Shalit, stated that the resistance will never rest until it liberates all Palestinian detainees held by Israel.

Abu Obaida added that the successful prisoner-swap deal “proves that the Zionist enemy only understands the language of resistance”, adding that “the resistance in Gaza managed to humiliate Israel and its leaders”.