Humilation Against The Detainees Continues 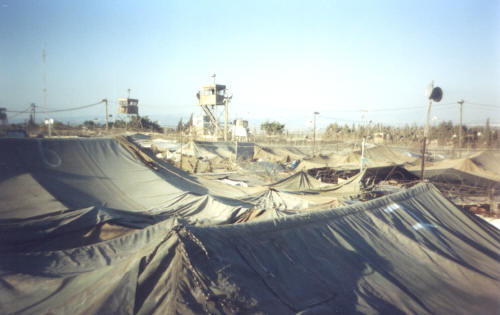 Palestinian detainees held by Israel at the Megiddo detention center, managed to leak a memo revealing that the violations against them have never stopped, adding that the Israeli Prisons Administration (IPA) is not abiding by vows it made to the detainees in order to end their hunger strike, the Palestinian News & Info Agency (WAFA) reported Saturday.The detainees stated that the (IPA) is trying to degrade and humiliate them, and is still forcing several detainees into solitary confinement in addition to depriving them from their internationally guaranteed visitation rights.

Former political prisoner, Shaher Zayed, 23, resident of Al-Yamoun village, near the northern West Bank city of Jenin, stated that although the detainees have stopped their hunger strike, that lasted for three weeks, after negotiating with the (IPA) and reaching an understanding, no actual implementation ever took place.

Zayed spent thirteen months in administrative detention in Israeli jails without any charges.

The detainees at Megiddo voiced an appeal to human rights organizations calling on them to act on obliging Israel to stop its violations.