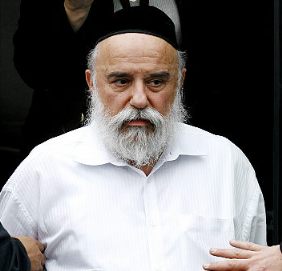 American-Israeli citizen Levi Yitzhak Rosenbaum, 60, an Orthodox (Haredi) Jew who resides in Brooklyn New York, has pleaded guilty to trafficking human organs. Rosenbaum was apprehended by the FBI two years ago. The term Haredi or Charedi is used to describe the most conservative forms of Orthodox Judaism.

His confession came during his trial on Thursday in New Jersey where he admitted to three counts of brokering illegal kidney sales for customers in New Jersey, and received at least $120.000 in each sale, and also pleaded guilty to an account of conspiracy to broker another sale, the Ynet News added.

The Ynet added that Rosenbaum confessed to brokering the illegal organ sales with people in Israel, who received only $10.000 each.

The prosecutors stated that this guilty plea is the first conviction in the United States related to charges of kidney trafficking in return for profit.

Rosenbaum received at least $120.000 for each kidney he sold; he also pleaded guilty to an account of brokering an illegal kidney sale.

The crimes he confessed to carry a maximum prison term of five years for each count of the four cases brought against him, in addition to a fine that could reach
$250.000.

He will also be forfeiting his ownership of real or personal property valued by $420.000 acquired from his kidney trafficking business.