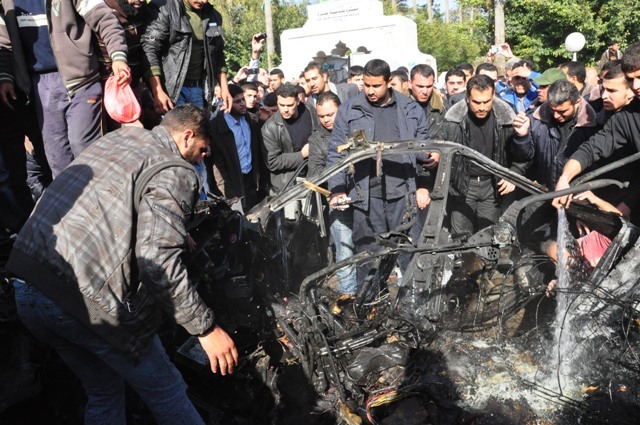 The Palestine News and Info Agency (WAFA) reported Thursday that one Palestinian was killed and several others, including school students, were wounded, when the Israeli Air Force fired a missile at a Palestinian car in Omar Al Mukhtar Street, in Gaza City.The bodies of the two slain Palestinians were severely mutilated, and were moved to the morgue at a local hospital

They were not identified until the time of this report.

The Qatari news network, al-Jazeera have reported, on Thursday, that an explosion has destroyed a car and killed two people in Gaza City.

Al-Jazeera have reported that the explosion has killed two people and injured one more.

Details are still unknown as to the cause of the explosion.