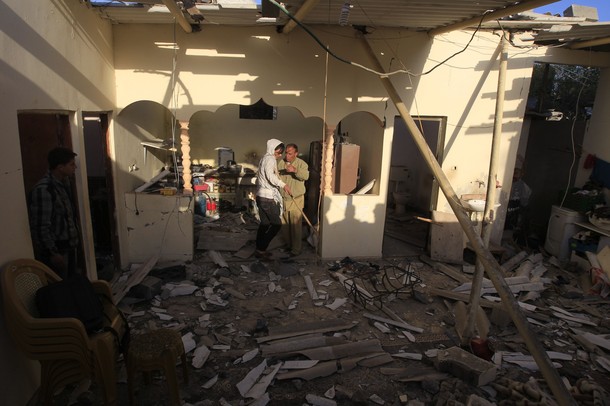 The Israeli Air Force bombarded, on Saturday at dawn, a training center that belongs to the Al-Qassam Brigades, the armed wing of the Hamas movement, west of Rafah, in the southern part of the Gaza Strip.Local sources reported that the Air Force fired at least one missile at the center located in Tal Al-Sultan neighborhood, west of Rafah; excessive damage was reported, no injuries.

Four Palestinians, including a father and his child, were killed and more than twenty residents were injured, since Thursday at noon, as the army carried out several air strikes targeting Gaza.

Palestinian resistance groups retaliated by firing more than 16 homemade shells and mortars into Israeli settlements adjacent to the Gaza Strip.

Hamas, along with other resistance groups in Gaza, and the Egyptian government, held Israel responsible for the latest escalation, and warned of further tension should Israeli continue its strikes.

Israel, on the other hand, held Hamas responsible for the escalation, claiming that Hamas and other armed factions are seeking further escalation.

In its Weekly Report on Israeli Human Rights Violations in the Occupied Palestinian Territories for the week of 01- 07 December 2011, the Palestinian Center for Human Rights found that a Palestinian resistance fighter was killed and 3 others were wounded by Israeli air strikes in the Gaza Strip by Israeli troops.