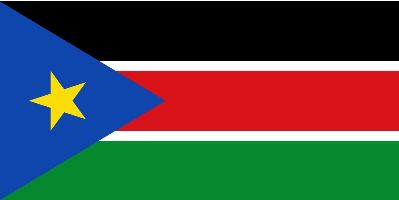 The President of Southern Sudan arrived in Israel on Monday night for a short 24-hour visit that will include meetings with senior officials, and Israeli President, Shimon Peres.Salva Kiir Mayardit will also be holding meetings with Israeli Prime Minister, Benjamin Netanyahu, Defense Minister, Ehud Barak, and Foreign Minister, Avigdor Lieberman.

Israeli Paper, Maariv, reported that Mayardit’s private jet landed at Lod Airport, where he was was welcomed by Israeli vice-Foreign Minister, Danni Ayalon. Mayardit also plans to visit the Holocaust Memorial in Jerusalem.

Maariv said that the visit remained under the radar despite the fact that media outlets previously reported that Mayardit intends to visit Israel, but no exact date was set.

It is worth mentioning that Netanyahu will be visiting Southern Sudan sometime after the beginning of the new year.

Israeli officially recognized the new state of Southern Sudan earlier in July of this year, and even offered economic aid.

The State of Southern Sudan was born after a referendum was conducted in Sudan earlier in January 2011. A peace deal was struck with Sudan in 2005, ending decade of violence and civil war. Israel was one of the countries that hosted thousands of refugees.