Right-wing Attack on Military Base Linked to Israeli Yeshiva Students 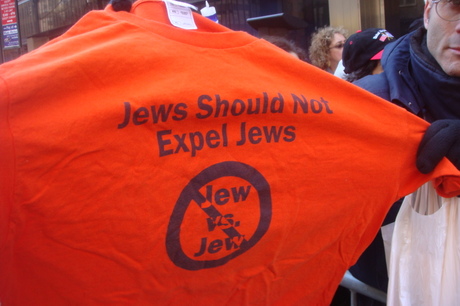 An investigation by the Israeli police has found that a group of right-wing Israeli students from Jerusalem organized a bus to enter the West Bank and attack a military base on December 12, to protest the planned removal of an illegal settlement outpost.The attack on the military base was one of a number of attacks over the last three weeks by right-wing Israelis, including several attacks on Palestinian mosques and churches in the West Bank and inside Israel. Each of these attacks shared the characteristic of including spraypainted slogans saying “Price tag”, which is a slogan frequently used by right-wing Israelis to declare that the indigenous Palestinian population must “pay a price” every time an illegal settlement outpost is removed.

According to the police investigation, students at the Mercaz Harav Yeshiva (Jewish religious school), led by a settler from the West Bank, hired a bus to take forty students from the Yeshiva to attack the military base in the middle of the night on December 12.

The bus stopped and picked up a pile of old tires, and was caught on video stopping at a gas station near the military base to buy several cans filled with gasoline. Upon arrival at the military base, they burned the tires at the entrance of the base chanting ‘Jews don’t expel Jews,’ and some of the protesters entered the base and vandalized buildings and vehicles.

Police say they have no leads in a separate attack on two commanders of the military base, who were assaulted off-base on a West Bank settlement road that same night .

Among those detained by Israeli police in relation to the series of attacks are well-known Israeli settlers Effi Chaikin, Eliav Eliyahu and Meir Ettinger, who had been living in Jerusalem after being banned from the West Bank due to their involvement in organizing violent attacks against the indigenous Palestinian population.