Journalists light 66 candles in solidarity with the imprisoned Khader Adnan 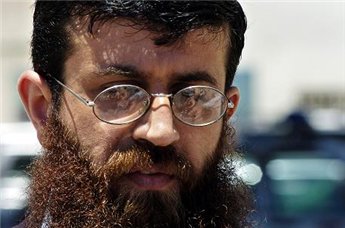 On Monday evening, in the field of Martyr Yasser Arafat in Ramallah, a number of Palestinian journalists lit 66 candles to represent the number of days spent by the prisoner Khader Adnan on hunger strike. This protest was organized by a group of Palestinian journalists, to show their support for Sheikh Adnan. Several of them announced their willingness to start a hunger strike in solidarity with the prisoner.

The Minister of Prisoners’ Affairs, Issa Qaraqe, stated that Adnan’s health condition continues to deteriorate, especially because he is determined to continue his hunger strike, even to death.

Qaraqe said that Israel has turned its back on all local and international demands for the release of Khader, and continues to hold him, despite the deterioration of his health.

Qaraqe added that the Israeli High Court agreed to hear Adnan’s petition on Tuesday, rather than waiting until the scheduled date of Thursday, due to the severe deterioration of his health.

He called on Israel to preserve the lives of prisoners, adding that Israeli prison authorities have allowed Adnan’s condition to deteriorate to the point where he faces organ failure and death.