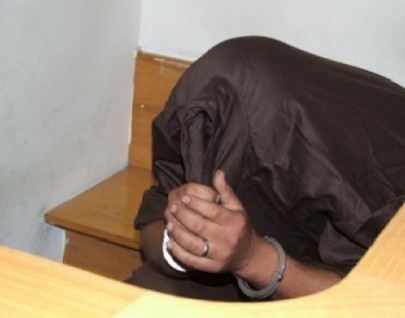 Armed resistance groups in the Gaza Strip declare they managed to apprehend a resident, believed to be “a dangerous collaborator with the Israeli occupation”, and that he was tasked with making sure targeted fighters were killed after being extra-judicially assassinated by the army.The collaborator, according to the resistance, confessed he started working with the Israeli army in 1998, and that he was tasked with several missions during the Al-Aqsa Intifada, and during Israel’s wars and bombarded targeting Gaza.

He said that an Israeli security officer used to ask him to head to areas targeted by the army in order to make sure the targeted fighters were killed, and to confirm that targeted areas, including resistance training centers, were destroyed.

He reportedly confessed that he even monitored training grounds used by resistance groups in Gaza after they were bombarded by the army in order to report back information about the residents and the fighters who headed to the targeted area.

The resistance said that the collaborator used to prepare reports regarding the number of casualties, the state of the targeted facilities or vehicles, and information about the Palestinians who were at targeted areas.

The resistance added that the collaborator further confessed that, a few days after the three-week Israeli war on Gaza (December 2008 – January 2009) had ended, he started monitoring alternate locations of the security forces, and the resistance.