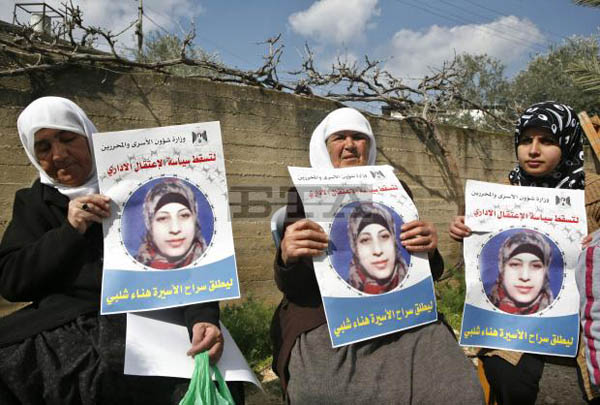 After 43 days on hunger strike, Palestinian political prisoner Hana Shalabi has agreed to end her hunger strike after Israeli officials agreed to release her from prison. But her release will not be to her home in the West Bank, but to the Gaza Strip, where she will be forced to live for three years before she can return home.The deal was negotiated by members of the International Red Cross and Palestinian Minister of Civil Affairs Hussein al-Sheikh, who spoke with Israeli government officials on behalf of the hunger-striking detainee.

Hana Shalabi’s family had expressed grave concern over her health condition, which had severely deteriorated over the last several days.

The 30-year old Shalabi began her strike in early February following a 57-day hunger strike by Palestinian prisoner Khader Adnan that ended with a deal for his early release on April 17th.

Both Adnan and Shalabi are being held under what Israel calls ‘administrative detention’, which is a method used by the state of Israel to imprison Palestinians without charge for six-month terms that can be extended indefinitely.

According to Shalabi’s lawyer, Jawad Bulos, it’s uncertain when she will be transferred to Gaza, due to her extremely poor health situation. He told a reporter with CNN that he supports Shalabi’s decision to accept the deal with the Israeli government, but continues to condemn the Israeli policy of forced deportation of prisoners.