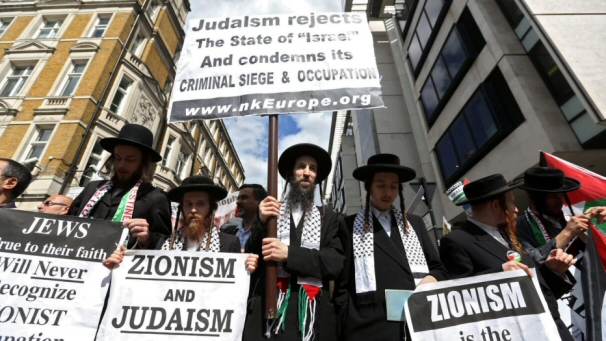 On July 3rd, 2016, several thousand pro-Palestinian activists marched through London on Sunday in celebration of al-Quds Day, a reference to the Arabic name for Jerusalem.

Inaugurated by Iranian leader Ayatollah Khomeini in 1979, al-Quds Day is meant to show the importance of Jerusalem to Muslims, according to Haaretz Israeli daily. It is typically held on the last Friday of the Islamic fasting month of Ramadan.

The Evening Standard reports that Muslims were joined by Jews in the rally against Zionism that started near BBC Broadcasting House in Portland Place, central London, at around 3.30pm.

Pro-Palestinian protestors were met by a counter-demonstration in support of Israel outside the US Embassy.

A few hundred pro-Israel demonstrators and the opposing march exchanged a battle of words while lines of police kept them physically separated.

The march was organized by the Islamic Human Rights Commission, an umbrella group of Islamic organizations in the UK.