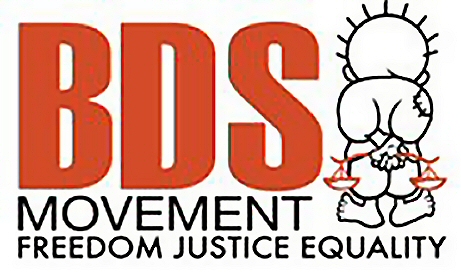 A message from the Palestinian BDS National Committee, the broadest coalition of Palestinian civil society organisations that leads the Boycott, Divestment and Sanctions (BDS) movement for Palestinian rights.

Two years ago today, Israel began a brutal military attack on Palestinians in Gaza in which more than 2,300 Palestinians were killed and 100,000 people were displaced. Israel deliberately attacked entire civilian areas in Gaza and inflicted as much human suffering as it could. The UN and human rights organisations have documented Israel’s war crimes during the massacre.

Gaza has just entered its tenth year of siege, a policy described by Israeli historian Ilan Pappe as “incremental genocide.” The siege has almost entirely prevented meaningful reconstruction since the 2014 attack.

As Abdulrahman Abunahel, our coordinator in Gaza, puts it “One of my worries is that the longer Israel maintains its siege of the world’s largest open-air prison, the more the official international community adapts and accepts Israel’s gradual and deliberate reduction of Gaza into an uninhabitable prison camp where close to 2 million Palestinians face slow death.”

“But as a refugee living in Gaza, it is not enough to just call for the end to Israel’s siege. We need to keep growing our BDS campaigns until the Palestinian people can exercise our right to self-determination, including the right of refugees to return home.”

Israel is able to carry out its brutal military attacks and repress Palestinian popular resistance with impunity. As our Links that Kill fact sheet sets out, Israel is only able to do this because of the massive weapons trade and military cooperation, including research, it maintains with countries across the world.

Over the period 2009-2018, the US is providing military aid to Israel worth $30bn. EU arms exports to Israel during 2014 alone were worth over $1bn (mostly from Germany) and its armsimports from Israel reached a whopping $1.6 bn in 2015.

While India, Colombia and Brazil remain among the top importers of Israeli weapons, it has been recently revealed that Israel has supplied weapons that were used in committing crimes against humanity in Rwanda and South Sudan, among others.

Israel uses its criminal attacks on Palestinians to test its military technology and then exports its weapons as “field tested”. Up to 85% of Israel’s military industry production is exported and 60% of the world’s drones are manufactured by Israel.

Israel is not just oppressing Palestinians – it is exporting its ruthless model of securitization and militarized repression to the world. From the streets of Ferguson to the favelas of Rio to the borders of Fortress Europe, Israeli weapons and ruthless techniques are used to maintain oppression…

Thank you for your continued support for our nonviolent struggle for freedom, justice and equality.

At BDS official: Eleven Signs that BDS is Building Power Despite Israel’s War of Repression