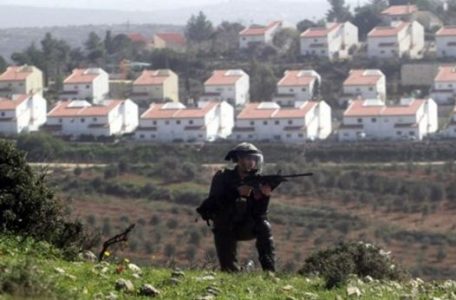 In a press conference with the Rwanda’s President Paul Kagame, on Wednesday, Netanyahu claimed that what is preventing peace in the region “is not the settlements,” but what he called the “ongoing incitement against Israel.”

Netanyahu also claimed that “Israel’s neighbors are the ones refusing to hold direct peace talks with Tel Aviv.”

Meanwhile, the United States said that the reports of the Israeli plan to build hundreds of new settlements’ units in the West Bank and Jerusalem are “troubling,” and place more obstacles in the efforts to resume direction peace talks between Israel and the Palestinians.

On Tuesday, the European Union called on Tel Aviv to void its plan to build more than 800 units, in illegal Israeli colonies in the West Bank and Jerusalem and described the move as a new threat to the two-state solution.

Israel’s colonies in the occupied West Bank, including in and around East Jerusalem, are illegal under International Law, and the Fourth Geneva Convention to which Israel is a signatory.