Israel Digs Under Foundation of Al-Aqsa 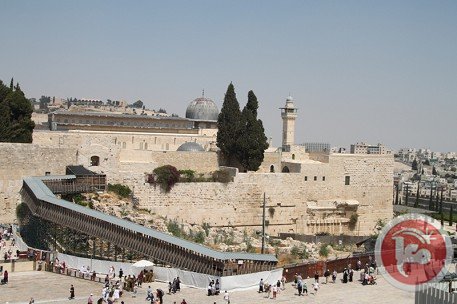 Israeli workers dug up dirt under the foundation of the al-Aqsa mosque in Jerusalem Sunday night, according to a report by Ma’an news.On Monday, the al-Aqsa Foundation for Endowments and Heritage told Ma’an that trucks transported the dirt from the base of the holy site after the work was completed under cover of darkness. The foundation warned that the secret nighttime excavations are an attempt to destroy Palestinian heritage.

The entire site, known as the Haram al-Sharif, is in the old walled city of Jerusalem. For Muslims, the Dome of the Rock inside the compound marks the spot where the Prophet Muhammad ascended to heaven. It is the third holiest site in Islam.

This is also believed to be the spot where Abraham prepared to sacrifice his son Isaac and is thus holy to Christians and Jews as well as Muslims. In addition, Jews built their Biblical Temple here and the surviving Western Wall is now a site of pilgrimage and prayer.

In 1967, Israel illegally captured, annexed and occupied Jerusalem and the West Bank in and has been repeatedly urged by the international community to withdraw from the occupied territories.

Tensions and emotions can run high regarding interference at the site. When Ariel Sharon visited the al-Aqsa compound surrounded by a 1,000-man security force on September 28, 2000, many believe this sparked the second intifada, or uprising, against the Israeli military occupation.