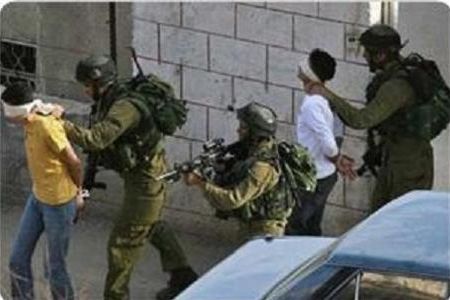 The United Nations Special Committee on Israeli Practices in the Occupied Territories issued a statement against the arrest, detention and mistreatment of Palestinian children by the Israeli military, the Palestine News Network reported on Tuesday.Ambassador Palitha T.B. Khonoa of Sri Lanka reported on the plight of Palestinian children who are mistreated by Israel from the moment of arrest saying, “Large numbers are routinely detained. Children’s homes are surrounded by Israeli soldiers late at night, sound grenades are fired into the houses, doors are broken down, live shots are often fired; no warrant is presented. Children are tightly bound, blindfolded and forced into the backs of military vehicles.”

Additionally, Kohona noted that families are insulted, intimidated and sometimes physically assaulted during the arrest of their children and are not allowed to accompany them during transport or questioning. Transfers can last for hours and often include stops in Israeli settlements, at checkpoints, or military bases.

While in custody, “Children are not informed of their rights, including their right to legal representation and to not incriminate themselves.” And in 63% of cases Israeli soldiers attempt to pressure Palestinian children into becoming collaborators. This is often accomplished through threats of indefinite detention or threats against the child’s family. “The Committee’s view is that this is an unacceptable practice, one that Israel must end immediately.”

Other violations of international law and basic human rights of children include the fact that “Palestinian children in detention are often denied family visits, denied access to legal representation, held in cells with adults, denied access to education, and even at the age of 12, tried in Israeli military courts.” Court proceedings are always held exclusively in Hebrew, so most children are unable to even understand what is happening in court.

The Committee also reported that children are routinely sentenced to prison or house arrest in homes other than their own families, effectively cutting off contact with their families. They were also shocked to learn that Israel uses solitary confinement with Palestinian children. The Committee added that “This is especially troubling when one considers that Israel arrests about 500 to 700 Palestinian children every year.” There are currently 192 children in detention, many of whom are under the age of 16.

Further areas of concern included the practice of demolishing Palestinian homes, the violence perpetrated by Israeli settlers, and the impact of the Israeli blockade of Gaza. All of these were underscored in Ambassador Kohona’s final statement.

‘These Israeli practices lead the Special Committee to one over-arching and deeply troubling conclusion. The mass imprisonment of Palestinians; the routine demolition of homes and the displacement of Palestinians; the widespread violence by Israeli settlers against Palestinians; and the blockade and resultant reliance on illegal smuggling to survive; these practices amount to a strategy to either force the Palestinian people off their land or so severely marginalize them as to establish and maintain a system of permanent oppression.’