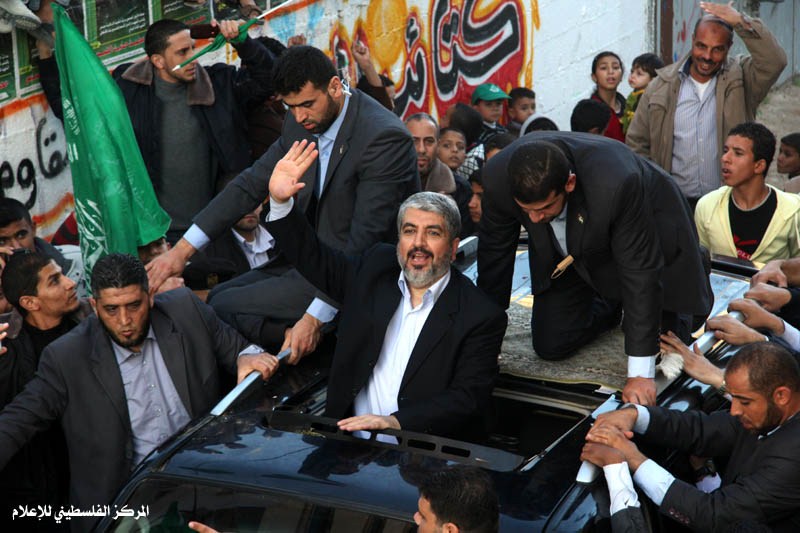 Leader of the Hamas Political Bureau, Khaled Mashal, arrived in the Gaza Strip Friday after 37 years in exile, making his first trip to the besieged coastal region via the Rafah Border Terminal with Egypt.The moment he crossed the Terminal, Mashal kneeled onto the ground to pray, and headed to visit the home of Hamas Spiritual Leader, Ahmad Yassin, who was Quadriplegic and was assassinated by an Israeli missile fired at him on March 22, 2004.

Dozens of thousands of residents lined up on the streets welcoming the Hamas leader in Gaza, while carrying his pictures, pictures of Yassin and other figures, and while waving Palestinian and Hamas flags.

During a speech he delivered from the house of Yassin, in As-Sabra neighborhood in Gaza city, Mashal stated that “Sheikh Yassin was the symbol of reconciliation, and the symbol of resistance”, adding that Hamas will be following Yassin’s lead until liberating Palestine, and will work for full reconciliation and unity among all Palestinian factions.

The Hamas leader was welcomed in Gaza by Ismail Haniyya, Prime Minister of the Hamas-led government in Gaza, and by thousands of armed resistance fighters, mainly fighters of the Al-Qassam Brigades, the armed wing of Hamas.

Speaking from the house of Sheikh Yassin, Mashal addressed the Palestinian people in the Gaza Strip, the West Bank, Jerusalem, and historic Palestine, stating that “the Palestinians will liberate in Yaffa, Safad, Al-Joura, Hamama, Yibna Silwad.. and every Palestinian will return to his town”.

“Gaza is in my heart, God wanted me to visit it while it is victorious”, Mashal said, “I considered this visit to be my third birth, the first birth in 1956, the second after Israeli tried to assassinate me in 1997, and today is my third birth”.

Mashal will be visiting several homes in Gaza mainly the home of Ad-Dalo family that was bombarded by Israeli during the recent war on Gaza leading to the death of 12 family members, most of them were children.

He will also be visiting the home of Mohammad Al-Hamas the leader of the Al-Qassam Brigades, the armed wing of Hamas who was assassinated by Israel leading to the escalation in Gaza.

On his part, Ismail Haniyya welcomed Mashal and the visiting exiled Hamas officials and stated that this is a historic victory and is an outcome of steadfastness and resistance.

Haniyya added that “he occupation has no place in our holy land”.

It is worth mentioning that on Saturday, Hamas will be holding a massive march marking its 25th anniversary. 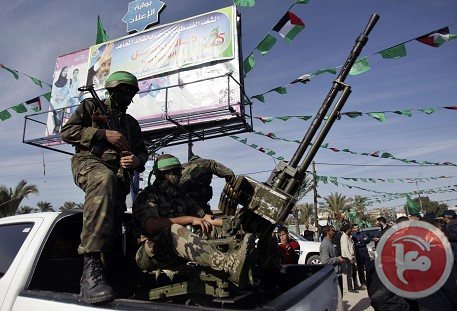