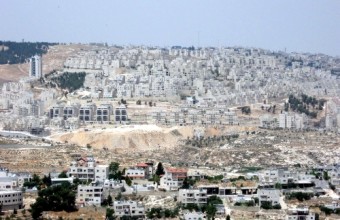 PLO Negotiations Affairs Department Issued Their Latest Fact Sheet entitled ŌĆ£Colonizing Christmas: Facts on Israeli Occupation and BethlehemŌĆØ.Bethlehem is a vivid example of the severe and appalling effects that Israeli colonization policies have had in Palestine. Illegal confiscation of land, expulsion of Palestinian families and on-going construction of Israeli settlements are few of countless stories that can be heard from the inhabitants of Palestine in general, and Bethlehem in particular.

Effectively, Israel has sought to change the demographic and geographic composition of the Occupied Palestinian Territory, particularly in occupied East Jerusalem, by taking as much as land and as many natural resources as possible with as few Palestinians as possible, for the benefit of the illegal colonial enterprise.

Since the Israeli occupation of 1967, Israel has employed several policies to annex important areas of the Bethlehem district, so that Bethlehem has had most of its northern land stolen by Israeli settlements.

Currently there are 22 Israeli settlements established on Bethlehem’s land, including Gilo, Giv’at Hamatos and Har Homa to the north; Teqoa and Nokdim (where Israeli FM Avigdor Lieberman lives) to the east; Efrata and Navi Daniel (where Israeli Public Diplomacy minister Yuli Edelstein lives) to the south; as well as Har Gilo and Betar Illit to the west, effectively turning Bethlehem into an open air prison.

In Bethlehem’s northern area (including Beit Jala and Bait Sahour) Israel has illegally confiscated around 22,000 dunums of land (22 square kilometers), roughly the size of the country of Nauru.

From the 22,000 dunums that have been confiscated, Israel illegally annexed 18,000 dunums to the so-called ―Jerusalem municipality‖, which Israel has been unilaterally expanding since 1967. This confiscated land was used to expand the illegal settlements of Gilo, Giv’at Hamatos and Har Homa.

The illegal Wall has effectively annexed 4,000 dunums of land belonging to Bethlehem itself.

The network between Har Gilo, Cremisan Wall, Gilo, Giv’at Hamatos and Har Homa Settlements will effectively isolate Bethlehem from Jerusalem. This network could potentially expand to the Eastern Bethlehem area, stopping any possible growth of Bethlehem towards the Jordan Valley and Dead Sea, all within the State of Palestine.

Some of the Israeli announced plans for the settlements of Gilo, Giv’at Hamatos and Har Homa are hotels that will eventually benefit from the proximity to Bethlehem, as well as enjoying a perfect view of the city.

While the hotels will be located on Bethlehem’s land, they will be used for the business of colonization and benefit of illegal Israeli settlers rather than for the benefit of the rightful land owners.

This move will dramatically affect Palestinian hotels in Bethlehem and East Jerusalem.

Most of the affected land owners are Palestinian Christians from Bethlehem, Beit Jala and Beit Sahour, in addition to Churches from various denominations.

The ‘Permit Regime’ and Israeli attacks on Palestinian freedom of worship

The Israeli occupation policy of separating and isolating different Palestinian communities has divided historic communities in a very intensive manner. In particular, the Wall and the imposition of a racist permit regime have further intensified the disconnection between Bethlehem and Jerusalem.

The permit regime requires Palestinians who do not reside in Jerusalem to obtain a security permit in order to cross from one side to the other. This includes Christian and Muslim religious authorities, women, elderly and youth.

To improve its international image, Israel markets the numbers of permits to Palestinian Christians during Easter and Christmas. They present it as a ―goodwill gesture‖ and sign of cooperation, although Palestinians are required to ask for permits from the occupying power to go from one side of their own country to the other, not to a different country.

Regardless of this fact, not everyone who applies for permits gets them. For example, in April 2011, 15,000 Christian Palestinians applied for a permit to enter occupied East Jerusalem, but Israel only issued around 2500 permits.

Israel also issues permits randomly; often to one or two members of a family. This results in permits not being used, as families who opt to stay together are forced to celebrate at home.

Palestinian ID holders who do obtain permits are only allowed to enter Jerusalem through 3 of the 14 military checkpoints that encircle the occupied City. These checkpoints are limited to pedestrians, thus causing long, uncomfortable delays.

In and around Bethlehem there are 32 physical barriers erected by Israeli Occupation Forces ŌĆö including checkpoints, roadblocks, dirt mounds, and gates.

International reports have echoed this situation. The EU ‗Heads of Mission Report on Jerusalem’ (2012) found that: ―The [Government of Israel] selectively enforces legal and policy restrictions on religious freedoms and access by Christian and Muslims [sic] religious worshippers to their holy sites located in Jerusalem/Old City throughout the year.

The majority of Palestinian Christians in Palestine live between occupied East Jerusalem and the Bethlehem District. (2007)

For more than a year, Palestinians from Beit Jala have conducted special prayers to save their land from further annexation.

After having lost almost 70% of their land to the Israeli settlements of Gilo and Har Gilo, Israel plans to build a Wall that will separate them from one of the last green areas of Bethlehem, the Cremisan Valley.

The valley Israel plans to take is owned by 58 Palestinian Christian families as well as by churches. It lies between Israeli settlements of Gilo and Har Gilo, including the planned settlement of Giv’at Yael.

More than half of Beit Jala’s olive trees are located at Cremisan. The town’s olive oil is considered one of the finest in Palestine.

A Catholic kindergarten run by Salesian nuns will be heavily affected by the Israeli plans, while a Catholic Seminary and the winery run by Salesian Brothers, which employs workers from Beit Jala, will be left at the western side of wall.

Israel expects to resume construction during the early months of 2013. If the Wall is built, Palestinians from the Bethlehem area will lose one of its most precious traditions: During the last days of May, the Roman Catholic community conducts a procession from the statue honoring the Virgin Mary at Cremisan, to the Church of the Annunciation in Beit Jala.

Mar Elias is one of the holiest Christian places in Palestine. It is where the Christmas procession to Bethlehem begins every year. Though historically it has always been part of Bethlehem, Israeli restrictions have made the church off limits to Palestinian Christians seeking to pray in the area.

The land surrounding Mar Elias is owned mainly by Churches and Palestinian Christian families from Bethlehem, though most of it has been illegally confiscated by Israeli Occupation authorities for the expansion of Israeli settlements. Giv’at Hamatos settlement becomes the link between the settlements of Gilo and Har Homa, cutting off Bethlehem from Jerusalem and threatening a holy place located at the historic Jerusalem ŌĆō Hebron road.

Thousands of settlement units were announced between 2011 and 2012. A number are considered to be a retaliatory measure against Palestine’s UN Bid (2,610 units).

Divided into three plans (A with 2610 units, B with 549 units and C with 813 units), the southern part of Giv’at Hamatos begins at the Tantour area (historically part of Beit Jala) while the northern area reaches Talpiyot, in West Jerusalem.

If implemented, this settlement would have a similar effect to the E1 expansion of Ma’ale Adumin settlement: it would further isolate Occupied East Jerusalem, turning Palestinian communities into walled Bantustans by completing the ―southern West Bank Bantustan.