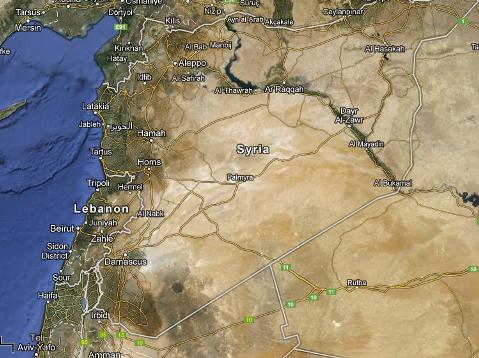 Syrian Ambassador to the United Nations filed, on Thursday evening, an official complaint against Israel for bombarding a site in the country, and for violating Syrian airspace. Syrian Ambassador to the UN, Bashar Al-Ja’fary, sent a letter to the United Nations and its Secretary General, Ban Ki-moon, stating the Israeli Air Force violated Syrian Airspace, and bombarded a Syrian Research Facility.

The Israeli attack took place more than a week ago; Israel claims that it targeted what it called “a weapons convoy heading to Lebanon”, but Syria stated that the Israeli Air Force bombarded a military scientific center in a suburban area near the Syrian capital, Damascus.

Two persons were killed, and several others were injured.

Israeli security officials claimed that the target was a
convoy “carrying weapons that could change the rules of the game in the region”, including advanced Russian Sam 17 surface-to-air missiles that Syria was allegedly transporting to the Lebanon-based Hezbollah party.

Syrian sources reported that the Israeli Air Force snuck into Lebanon by flying over the Jabal Al-Sheikh (referred to as Mount Hermon) area, at a low altitude in order to avoid being detected by Syrian radars, and headed to the Jimraya area, in the Damascus countryside, where a Syrian scientific research facility is located, and bombarded it.

The Israeli missiles led to the death of two persons, while at least five others have been injured, and caused significant damage to the building and several nearby buildings, including a parking structure.

Also, the Lebanese army reported that the Israeli Air Force violated the Lebanese Airspace 16 times on Tuesday January 29, between 09:30 in the morning, and 02.00 on Wednesday at dawn.