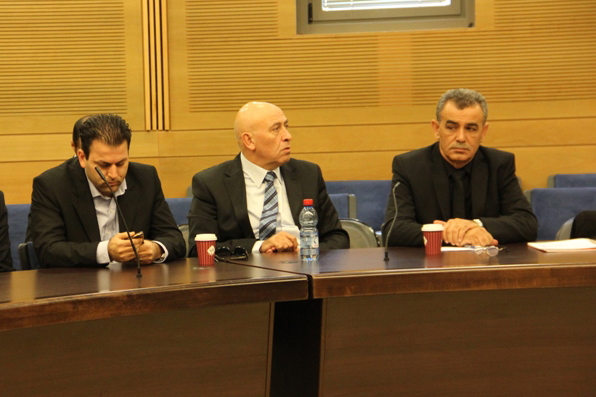 Two Arab members of Israeli Knesset (MK) received death threats sent in a form of a letter that was sent to the Al-Shams Radio. The letter says that MK’s Jamal Zahalka and Basem Ghattas are conspiring against “the Zionist Project and the State of Israel”, and described the MK’s as “traitors”.The Arabs48 News Website reported that the letter was signed “Yoshoron Ben David”, and stated that “Arabs in the country are spitting in the well they drink from. As Arab parties are gaining power in the country, supporting the enemies of the state, we decided to act; therefore, the court has issued a death sentence against the above mentioned persons (referring to Zahalka and Ghattas).

The letter also claimed that Al-Shams Radio and other agencies “know very well the names of many other traitors but are not doing anything against them; the only means for those traitors to survive is to run to Egypt where they will be welcomed by the Muslim Brotherhood”.

The letter also indicated that the group issuing the death threats is not affiliated with any government agency, the army or the security forces, and that it is run by independent individuals.

It also said that “those sentenced to death are hereby asked not to be near citizens of the state so that innocent civilians do not get killed during the course of execution”, and added that some means that might be used in killing Zahalka and Ghattas could include poison, swine-flu, a sharp object falling on their heads, an explosion or a bullet to the head.

Head of the parliamentary bloc of the National Democratic Assembly, Mousa Thiab, informed the head of the security team at the Knesset of the contents of the letter, and demanded him to investigate the issue.

Also, journalist Jack Khoury filed an official complaint with the Police in Nazareth, and called on the Police and the intelligence agencies to take the death threats seriously, and to initiate an immediate investigation.

The National Democratic Assembly reported that hundreds of death threats were issued against Arab legislators over the last few years, but the Police never apprehended any suspect.

It also said that, even if the death threats were made by an insane or a lunatic person, the police must act and apprehend him as many crimes have been committed by insane persons.

The Assembly also said that there are many fundamentalist right wing groups in Israel that encourage, and even feed, racial discrimination against the Arabs in the country.