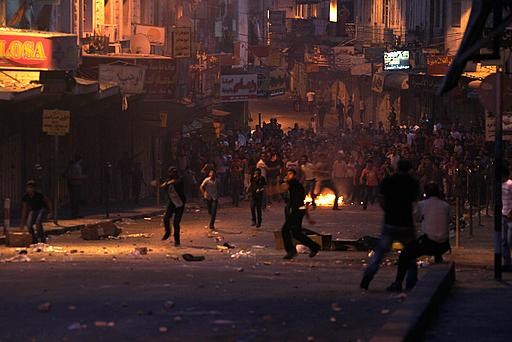 Palestinian media sources in the West Bank and the Gaza Strip reported that Israeli soldiers kidnapped, on Friday evening and on Saturday at dawn, twenty-four Palestinians, most of them children, in the West Bank, and two children in the Gaza Strip. Dozens have been injured by Israeli fire in different parts of the occupied territories.The sources said that Israel soldiers invaded Beit Fajjar town, south of the West Bank city of Bethlehem, and kidnapped five Palestinian youths identified as Khaled Tareq Taqatqa, 17, Mohammad Naseem Taqatqa, 19, Farhan Husam Al-Qawasma, 15, Nour Ibrahim Thawabta, 14, and Jihad Ali Taqatqa, 18.

Also, soldiers kidnapped four Palestinian youth near the central West Bank city of Ramallah, and claimed that they carried a weapon, the Maan News Agency reported.

Maan also reported that two more Palestinians were kidnapped near Etzion Israeli settlement, south of Bethlehem, after the army claimed they “attempted to open fire at the settlement”.

Furthermore, the Palestinian Information Center reported that the army kidnapped and detained more than 15 Palestinian youths during a protest that was held, Friday, near the Al-Jalama Israeli roadblock, in the Jenin District, as they marched, along with dozens of Palestinians in solidarity with hunger striking Palestinian political prisoners held by Israel.

The soldiers chased dozens of Palestinian youths, and kidnapped Rashed Al-Ahmad, 20, after ramming him with their jeep. They also hassled a wheelchair-bound Palestinian in the Jenin refugee camp.

Several Palestinians have been injured, including an 18-year old Palestinian identified as Abed As-Sanoury, who was hit in the mouth by a rubber-coated metal bullet fired by the army. Another youth identified a Laith Qasrawy was also injured; both were moved to a local hospital in Jenin.

Local sources reported that the army harassed and assaulted several youths leading to violent clashes. Local youths hurled stones and empty bottles at the soldiers who fired a barrage of gas bombs, rubber-coated metal bullets, and concussion grenades; several sounds of live ammunition were also fired by the soldiers.