Abbas: “The Death Of Chavez, A Significant Loss To Liberation Movements” 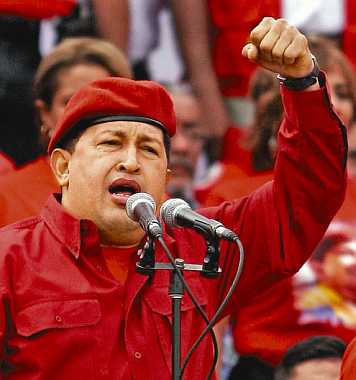 Palestinian President, Mahmoud Abbas, expressed deep sadness over the death of the Venezuelan President, Huge Chavez, who died of Tuesday, and said that the death of Chavez is a significant loss to all nations struggling for freedom, liberation and justice.Abbas said that Chavez was a freedom fighter who never gave-up or abandoned the struggle for a world led by principles of justice, equality and liberation.

“We have lost a great and courageous leader, a leader who supported freedom movements around the world. He is one of dozens of symbols, such as Simon Bolívar, who struggled for equality and justice”, Abbas said, “The memory of Chavez will remain imprinted in our memories, as a courageous leader, as a person who strongly supported our legitimate right to independence and the establishment of the Palestinian State”.

“My loyal friend, Chavez, left us, and by his departure, all freedom fighters around the world lost a great leader”, Abbas added, “but the fight for a better world, for an end to all occupations will never stop, we are sure that the principles that Chavez carried and fought for will be followed by other committed leaders”.

Abbas also sent his condolences to the family of Chavez and the Venezuelan people, and added that he is sure that the people of Venezuela will continue the path of progress and liberty.